Van rentals, convertibles, luxury cars, SUVs and sports cars are some of the most popular & highly rented categories in the Los Angeles.

Los Angeles is the second largest city in the USA as well as the largest city in the state of California. This American city serves as a center of education, culture, arts, medicine, agriculture, business, finance, media, energy, food processing, science, tourism, aerospace, and international trade. However, what makes Los Angeles more famous across the world is Hollywood. Tourists from across the globe visit to catch a glimpse of its picturesque locations and its association with glamour. In order to make sure that you do not miss any of these attractions, booking a Los Angeles car rental deal is highly recommended.

Book a rental car in Los Angeles with USACarsRental at the lowest possible prices. We bring you the best car rental deals from leading domestic and international suppliers across California. Choose from a wide range of comfortable and efficient vehicles with multiple rental car categories. You can even take advantage of extras like an additional driver, GPS, infant seats, booster cushions, etc.

Make your trip to Los Angeles comfortable with a rental car.

Apart from the glittering world of Hollywood, Los Angeles also gathers its revenue from several other sectors, such as numerous food processing units, oil refineries, thousands of regular factories, seaports, and immensely busy airports. Regardless of the busy and fast- pacing life of this city, millions of tourists fly into LA for experiencing the best of leisure and comfort here. Los Angeles is also popular for being the birthplace of Motion Pictures and also continues to house the management offices of the world’s 6 major film studios. LA also consists of several districts, such as Harbor Area, Eastside, Downtown, South, Central, and the famous Hollywood among others. Venice Beach, Hollywood, and Universal City are some of the must-visit places in Los Angeles.

We bring you multiple classes of vehicles to choose from, in Los Angeles so that you get the one suitable for you. Here are some of the most popular rental car categories in Los Angeles.

Our association with leading LA car rental brands allows us to bring you affordable rates. Some of the leading suppliers we work with are mentioned below.

Thinking of taking a road trip or in town for some work? With a long-term car rental, you can easily move around Los Angeles without having to constantly find a means of transport. Long-term deals may include, 1-month car rental, 2-month rentals, 3-month rentals, and/or for up to 11 months. The longest duration of the rental depends upon the supplier.

With USACarsRental anyone above the age of 21 years can rent a car in Los Angeles. You might have to pay an extra charge if you are below the age of 25 and might even be restricted from renting some car categories like luxury/premium, convertibles, etc.

Los Angeles is renowned throughout the world for its tourist attractions and activities. Here are some of the top attractions you can tour in your rental car. 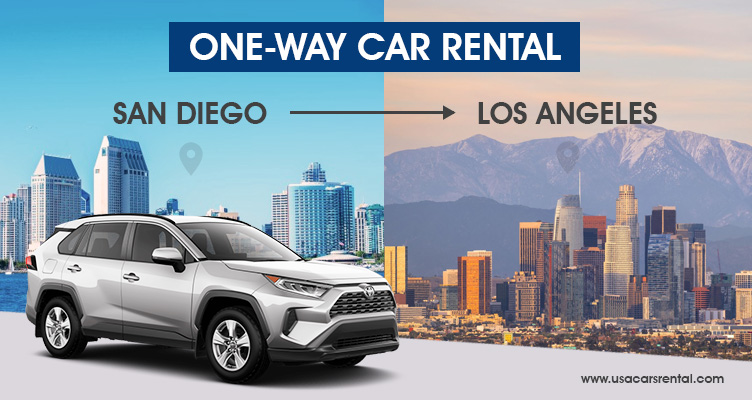 One Way Car Rental from Los Angeles to San Francisco

Nearby Pickup locations in California