New York is the largest city of the USA and offers countless attractions. You will find brimming opportunities to experience modern as well as historical attractions that are simply enchanting. Every year millions of the tourists visit New York to see these destinations, making it the most visited city in the world. Some of its attractions are so popular that they have become the landmarks of the city. Here is a list of the most popular landmarks of NYC. 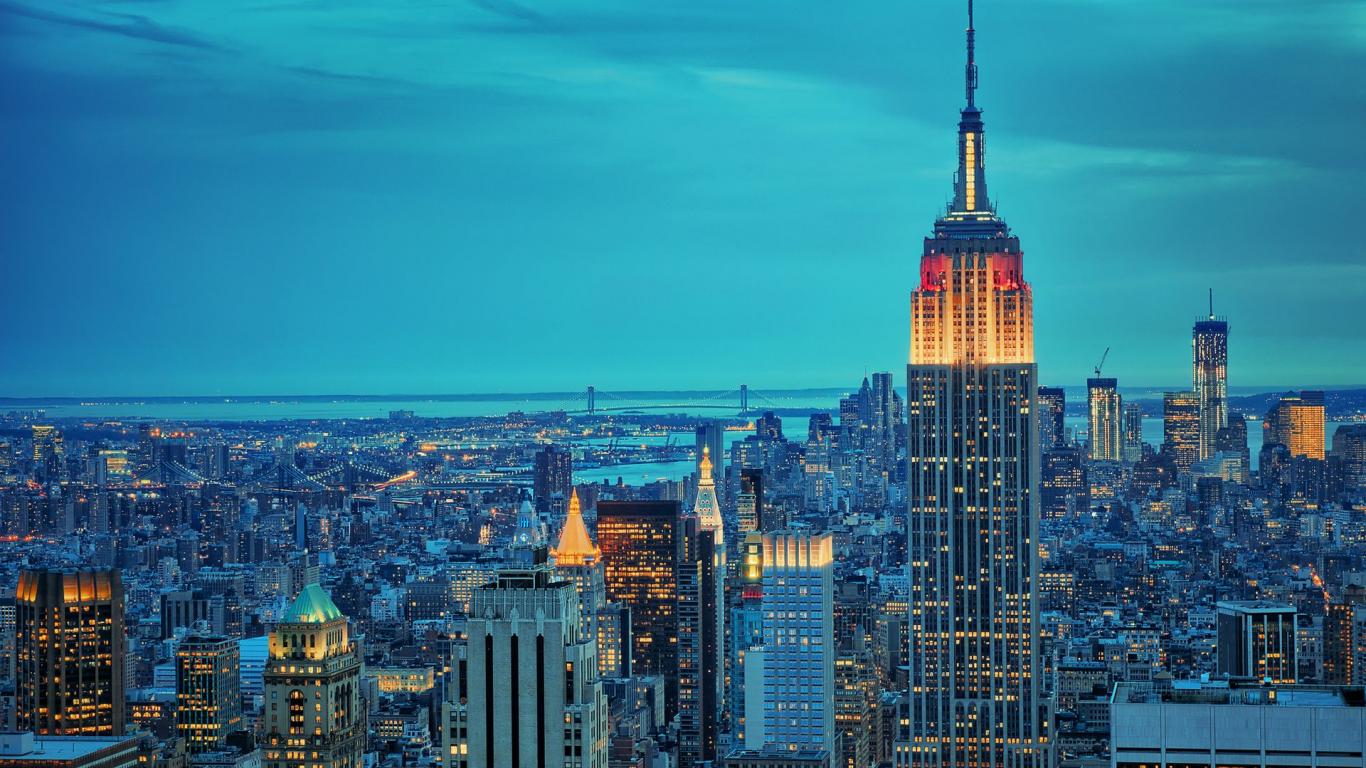 Empire State Building is a skyscraper in New York City which attracts almost every traveler visiting the USA. The building gives a splendid view of the cities including New York, New Jersey, Pennsylvania, Massachusetts and Connecticut. It has a height of 443m including the tower and two observatories present at 86th and 102nd floors. Due to panorama offered by Empire State Building during day as well as night, around 4 million people visit this building every year.

Located in the New York Harbor, the Statue of Liberty is one of the beloved monuments in the world. Every year, a huge number of tourists come to see lady which owns an island. It is quite symbolic with its architecture. The seven spikes of the crown represent seven oceans and seven continents. Lady Liberty has 154 steps that take visitors to the top of the statue, and for those who are not interested in climbing up-to the top can enjoy the view of New York City and Harbor Downtown from the pedestal. Make sure you reserve the tickets in advance to completely access the statue.

Times Square is a tourist magnet which keeps on buzzing with activities all year round. Including some crowd-puller places like fashion stores and retail chains, the ambiance of the place is really mesmerizing. The Times Square is famous for its best entertainment sources like Broadway Shows, which draw attention of tourists as well as locals. Besides this, clubs, bars and restaurants collectively provide you excellent cuisine, outstanding atmosphere and unmatchable view. On New Year’s Eve, Times Square handles around one million people who flock here to be a part of ball drop event.

One of the largest and New York City’s most visited museums is the Metropolitan Museum of Art. The museum holds around 2 million art works and a large area of more than 2 million sq. feet. From traditional legendary work to classic modern art and beautiful displays of costumes and jewelry, the Metropolitan Museum of Art includes breathtaking vista of world’s treasure. The corridors, galleries and 250 rooms together can be considered as an art world filled with Asian, American, Egyptian, European and other art works, so be sure to linger more on this grand destination.

Each and every landmark of New York City intrigues its visitors in its own certain way. It is quite difficult to mention all popular landmarks of the city here, but a visit to the above mentioned ones is a must.