The Best 4th of July Parades in USA

Colloquially referred to as the Fourth of July, the Independence Day holiday in the United States of America commemorates the Declaration of Independence of the country on 4 July 1776. The Independence Day celebration is largely associated with fairs, fireworks, carnivals, concerts, family reunions, basketball games, political speeches, and parades. The happening parades, which celebrate the government, history, and traditions of the country, are commonly marked by patriotic displays, floats, special characters, military bands, and much more. While the Independence Day parades are held at several locations throughout the country, the top 5 are as follows. 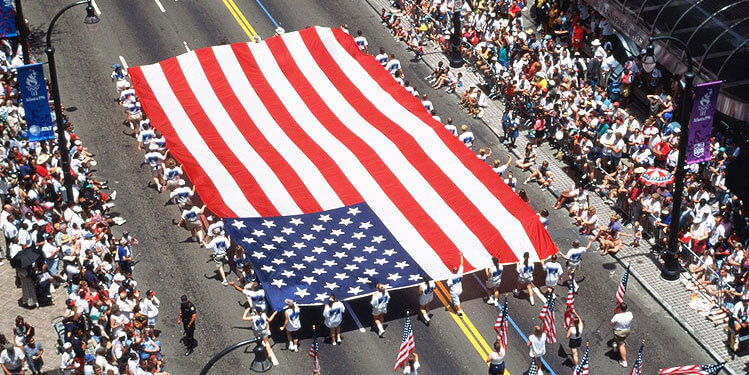 Forming part of The Philadelphia Welcome America Festival, July 4th Celebration of Freedom and Independence Day Parade is the last event of the 6-day-long festivity. The iconic parade features dozens of vibrant floats, military contingents, marching bands, colorful cavalcades, and musical performances from participants from all over the country. Philadelphia’s Historic District welcomes thousands of enthusiastic participants that become an active constituent of a vibrant and patriotic parade.

A beautiful neighborhood in Denver, the capital of Colorado, Park Hill is famous for its annual 4th of July Parade. The colorful parade, marching along the 23rd Avenue, covers the area between Krameria St. to Dexter St. The Independence Day parade features attractive floats, vintage cars, characters in special costumes, and marching bands. Park Hill is bordered by I-70 to the north, Colfax Ave. to the south, Quebec St. to the east, and the Colorado Blvd. to the west.

The 71st Pacific Palisades Fourth of July Parade is going to be based on the theme ‘May the 4th Be with You’. The parade will include floats themed around “Palisades Parade – 70 Years of Cheer!”, bands, victory march by the patriotic pups, and kids on bikes rally. A beautiful coastal neighborhood, Pacific Palisades is situated in Los Angeles Westside, California. The iconic parade destination shares its boundaries with Santa Monica Mountains, Malibu, Topanga, Santa Monica, and Santa Monica Bay to its north, east, west, southeast, and southwest respectively.